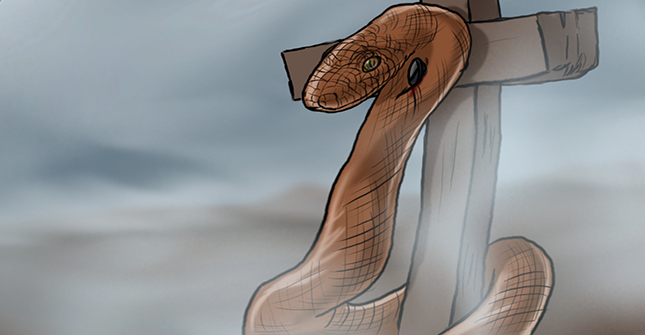 The Bronze Serpent on the Pole

Numbers 21:9
So Moses made a bronze snake and put it up on a pole. Then when anyone was bitten by a snake and looked at the bronze snake, they lived.

The Israelite’s set out from Mount Hor, where Aaron was buried, to go to the Red Sea. Frustrated and impatient, they complained against God and Moses (Numbers 21:4-5). Because of their complaining, poisonous serpents came among them and bit them. Moses was instructed by God to build a “serpent of bronze” and place the serpent on a pole and those who looked upon it were healed of the poison (Numbers 21:4-9). The serpent could be used to represent four things; it could represent satan when he tempted Eve in the form of a serpent, or represent the serpents biting the people, or represent sin or it could represent the people themselves. 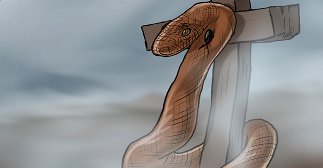 Jesus Compares Himself with the Serpent on the Pole

Jesus Exchanged Places with the Serpent on the Pole


When Jesus takes our place on the cross (the serpent on the pole representing us and our problems), we take His place in righteousness; (right standing with God). We receive all the benefits that Jesus deserves because of His righteous actions. In the great exchange in the wilderness, the people were healed from snake bites looking to the solution on the pole. In this same manner Paul who always looked to Jesus for his solution was healed from a snake bite while he was on the island of Malta (Acts 28:1-31). Not only was Paul healed of the snake bite he also laid hands on all the sick people on the island and cured all of them (Acts 28:9). When a person accepts Jesus as their savior they receive an exchange; their sin problems for His righteousness. In the same way Jesus exchanged places with the serpent on the pole to satisfy the judgments against us; Jesus took our punishment for sins, snake bites, sickness, or any other problem. Jesus exchanged every effect the curse has on people for His right standing with God each time as they look to the cross. 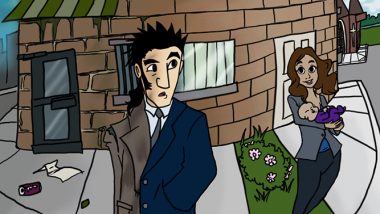 Unto You that Hear More Will be Given 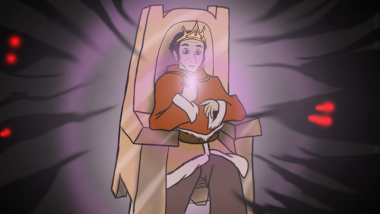 Seek After the Gift of Righteousness and Reign in Life