In Texas a speeding ticket is a summons to appear in traffic court, and there you make a claim of guilty or not guilty. I received a speeding ticket and made a plea of not guilty and asked for a jury trial. Then I spent some time writing motions to file into the speeding ticket trial to have the speeding ticket dismissed based on these legal claims in the motions. I also ask the prosecuting attorney for several things I needed to prepare my defense under the F.O.I.A (freedom of information act). I knew the officer had used either a radar or a laser as the basis for the speeding ticket. In my F.O.I.A I request I asked for a copy of the complaint, if a radar or laser was used, maintenance records on the radar/laser, the operations manual for the radar/laser and several other documents. When I received these documents I found the officer had based the speeding ticket complaint on a LIDAR Laser, which according to a court case in 2008 is inadmissible evidence. So I had what I needed to beat the speeding ticket, but that does not mean that I would necessarily win because of these facts. The judges are known to deny legal evidence introduced into their court and they usually deny motions to dismiss based on these facts.

Why Would God Come to the Rescue on a Speeding Ticket?

Hebrews 8:12
12For I will be merciful to their unrighteousness, and their sins and their lawless deeds I will remember no more.”

When you read about men of faith in Hebrews 11, which was written after Jesus went to the cross, you will notice that there is no record of their sins or failures. Yet, their life stories tell us that they were far from perfect. Abraham lied twice about his wife Sarah. He told Pharaoh, and later King Abimelech, that she was his sister to protect his own life. Moses killed an Egyptian who was beating a Hebrew, and hid the body in the sand. David committed adultery with Bathsheba and later arranged for her husband to be killed in battle. Yet, their sins were not recorded in Hebrews 11, only their deeds done in faith! God records your faith confessions and deeds done in response to what His Son has done for you and your lawless deeds He remembers no more. (Hebrews 8:12)

On the day of my trial for the speeding ticket, I talked to a friend of mine who helped me with the documents I filed into the case. He asked me if I was nervous. I told him that no weapon formed against me shall prosper and every tongue that rises against me in judgement God shall

condemn. (Isaiah 54:16-17) I said I had put on the mind of Christ and I crammed for the trial the day before and I will be able to remember all that I learned because of Jesus. I told him I felt like I was well prepared and I can do all things through Jesus who strengthens me. (Philippians 4:12-14). I was glad for the opportunity to state my faith giving me a reason to say the words that would help me to win this court case according to God’s Word.

When I was driving to the Court House for my speeding ticket trial there was a traffic jam on the interstate. I was driving 10 miles per hour for a long time and concerned that I might be late. When the traffic jam was over, I was looking to see why there was a traffic jam and to my amazement there was no apparent reason for it. I made it on time and went into the court house. When I stepped into the elevator there was a lady sitting outside of the elevator in a wheelchair. When the elevator door started to close is when she noticed that she was about to miss the elevator. I jumped for the door and caught it for her. She said she should have been paying attention. I told her: ” It is no problem, I got you in.” Then I was looking at her wheelchair and I told her it was a nice wheelchair. I asked how fast it would go. She began to show me the different speed levels. There were four of them. Then the elevator door opened and she offered to show me how fast it would go. She put it in level 2 and took off really fast speeding across the floor, (good thing that cop didn’t see her)… I caught up with her and said: “Wow, that does go fast.” I asked her about level three and four if they were faster. She said level four was just for climbing and was really slow. She didn’t know what level three was. So we were looking at level three and determined it was for going faster than level two. Then she said she had to go to work and she turned into a side door that someone held open for her and I went into the courtroom.

When the bailiff said “ALL RISE”, I stood up and the judge entered the room. The judge turned out to be the nice lady in the wheel chair that I had helped into the elevator. Then I began to understand why there was a traffic jam on the interstate for no reason, God was

detaining traffic so that His perfect timing would put me at the elevator door to help the judge catch the elevator. That is why the judge also wasn’t paying attention about getting onto the elevator. Later that day I went before the judge with the prosecuting attorney. The first thing the judge said to me was: “Your that nice man that helped me into the elevator, aren’t you?” I said: “Yes, and I had no idea that you were the judge.” She said: “I figured I would see you again today since I saw you go into the court room. I really enjoyed our visit.” I told her I enjoyed talking to her too. Then the prosecutor said that we wanted to set a new date for my speeding ticket trial since there was another trial he needed to have that day. Then I said: “This is my second time to be here for this trial and the first time the police officer didn’t show up. I move to dismiss this trial.” The judge nicely asked me do you want to make a motion to dismiss? I said:, “Yes, I would like to make a motion to dismiss.” She started looking in her computer and found where this was the second time I had appeared for the same speeding ticket trial. Then the prosecutor looked in his computer. While he was looking in his computer the judge told me that the prosecutor was a really fair prosecutor. Right after she said that the prosecutor dismissed the case and the judge gave me the thumbs up and a big smile and said: ” Alright, your case is dismissed. I really enjoyed talking to you today and your free to go. Have a nice day.” I told her I enjoyed talking to her and wished her to have a nice day too as I turned around and left.  I was so thankful to the Lord for the traffic jam and the elevator experience. God had created victory over the speeding ticket for me with these events by giving me favor with the judge. No weapon formed against me shall prosper and every tongue that rises in judgement against me God shall condemn.

The Truth Will NOT Set You Free…Unless 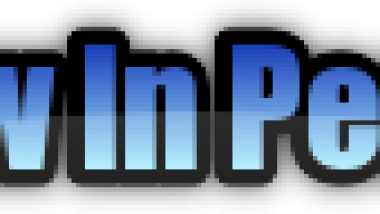 How to Keep Your Soul Happy In Peace