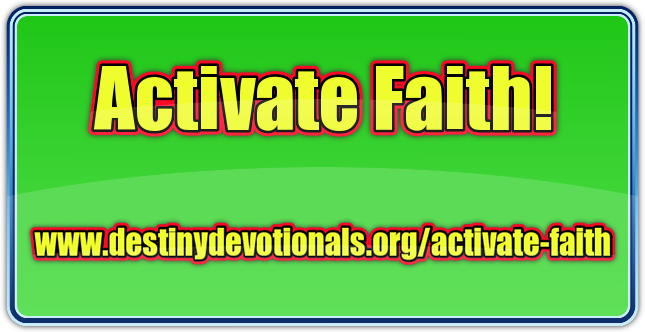 How To Activate Your Faith

How can you activate your faith for things you hope for and make them become tangible substance? To activate your faith, first you have to understand why and how faith works. When you see rain clouds you might say: “Looks like it is going to rain today”. So, you base your words on what you believe by the substance you see even though it is not raining yet. Then you hear the weatherman say 80% chance of rain today. That strengthens your faith and what you have said based on more evidence that it might rain. But what if it is already raining and you have a job to do outdoors that has to be done and you want the rain to stop? Then you must base your faith on substance in God’s Words in the Bible to have a faith image seeing the rain clouds going away. You would find a scripture in the Bible like Mark 11:23-24 and base your faith on that substance saying: “I believe it won’t rain where I’m working today based on God’s Word and my Faith.” Then you find another scripture to support your faith, like the weatherman supported what you had said before it rained. But what are your chances the words you say will come to pass based on the substance of God’s Word?

How Faith Is Activated by Words 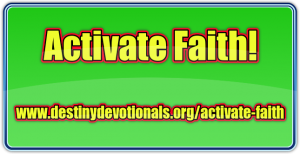 I have seen times when the weatherman said it was going to rain and the rain clouds were there but it didn’t rain. I have also seen times when I tried to have faith for something and didn’t see the manifestation of what I was believing for. The problem I was having then was the same problem that Peter had when he walked on the water; wrong image in my heart.

Matthew 14:29-30 And when Peter was come down out of the ship, he walked on the water, to go to Jesus. But when he saw the wind, he was afraid and, beginning to sink, cried out, “Lord, save me!”
Jesus said come and Peter had God’s Words to base his faith on and he walked on the water. As long as he had his eyes on Jesus (God’s Word) he was fine, but when he took his eyes off Jesus seeing the storm he began to sink. Same with anything we want by faith. We need to find what God has given us permission to believe for in the Bible for the basis to say faith words. Then our faith is activated and won’t disappoint. Once you understand faith comes by God’s Words, you then have the substance for faith and there’s no stopping you from receiving by faith all the God has promised you.

Testimony of Faith Activated by Words

I own a plumbing company and at one time we installed Aerobic Treatment Type Septic Systems. I had scheduled to install a system in Cedar Hill Texas and had all my parts and equipment loaded and ready to go the day before. On the day we were to do the install it started misting rain and my helper asked if we should reconsider doing that job today. I told him I was believing that everything would be okay and God would not let it rain on us. I had also scheduled for a septic pumping truck to come to the job site and pump out the existing tanks. The Pumping Company called about that time and asked if I wanted to reschedule and I told them no, it will be okay. When we left my shop to head to the job it starts raining very hard and I had my windshield wipers going one click off high. I felt the pressure like Peter did when he looked at the storm because I was literately looking at the storm too as I drove. So, I began to sing faith building songs as I was driving. We turned onto the street where the job was located and it quit raining as soon as we were on that street. As we pulled up in front of the house the Septic Pumping truck also pulled up and he told us that it was raining very hard at the other end of the street and asked if we still wanted to pump the tanks. Then my helper chimed in and said: “David thinks God won’t let it rain on this job today!” I said: “That’s right so let’s get to work and get those tanks pumped.” We completed that project and not one drop of rain fell on that job site while we worked there. I received the evidence of my miracle by faith in Jesus and the substance of God’s Words in the Bible.

Beloved, what are the chances that your faith in God’s Word will work for you? There is only one way to find out; Have Faith in Jesus and the substance of what God has given you permission to believe for today! 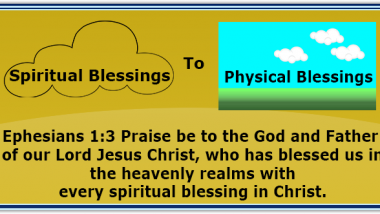 Send and Receive All Spiritual Blessings

Do You Believe Jesus is Able to Do You’re Miracle?